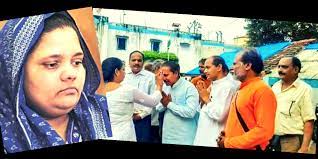 Unchir-Dunktok, Pauri Garhwal, Uttarakhand, 16 August 2022: The India Greens Party (iGP) today condemned the remission of sentence of the eleven convicts in the Bilkis Bano gangrape case of Gujarat, and pointed out that the state government’s decision was a travesty and grave miscarriage of justice.

In a statement issued here at the national head office (NHO), the party said the remission couldn’t have happened without mandatory consultation with the Centre, which is the ministry of home affairs because under Section 435 of the Code of Criminal Procedure, in cases investigated by the CBI, powers are not to be exercised by the state government without consultation with the Centre.

Eleven men who were sentenced to life imprisonment in the Bilkis Bano gangrape case of 2002 were released from Godhra sub-jail on August 15 after a panel set up by the Gujarat government approved their application for remission of the sentence.

Additional Chief Secretary (Home) Raj Kumar said the remission application was considered because the convicts had completed 14 years in jail, and also due to factors such as “age, nature of the crime, behaviour in prison and so on”.

One of these 11 persons had approached the Supreme Court in April 2022 seeking remission, arguing that they had spent over 15 years in prison in the case. The apex court in turn had directed the Gujarat government to look into the issue of remission of his sentence following which the government formed a committee, which made a unanimous decision in favour of remission of all the 11 convicts in the case.

On February 28, 2002, 5-month pregnant Bilkis with her toddler daughter and 15 others fled her village in Dahod district of Gujarat, after violence erupted in the state in the aftermath of the previous day’s incident at Godhra station, in which the Sabarmati Express was set on fire, resulting in the deaths of dozens of pilgrims and kar sewaks returning from Ayodhya. On March 3, Bilkis and others took shelter in a field when a mob of 20-30 people armed with sickles, swords and sticks attacked them. Bilkis was gangraped, while seven members of her family were killed.

A special Central Bureau of Investigation (CBI) court in Mumbai on January 21, 2008, sentenced the 11 accused to life imprisonment. Their conviction was later upheld by the Bombay High Court.

Now, a controversy has broken out over the release of these 11 men convicted for the 2002 gangrape of Bilkis Bano and murder of seven of her family members.

It is clear that the rules were broken to free these men. It is ironic that this happened just weeks after India got its first tribal woman president and, on the day, Prime Minister Narendra Modi spoke about women’s empowerment in his Independence Day address.

No doubt, the remission of rape and murder convicts shows India in a very poor light. To many, it’s a message that such heinous crimes are pardonable.

The iGP strongly believes that Bilkis remains an inspiration because she showed rare courage in pursuing her fight for justice against extreme odds. The justice she had sought and achieved now stands torn to shreds.