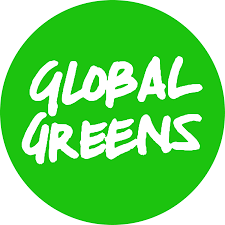 The Greens across the globe also celebrated this very important Day to promote understanding about the Global Greens and its philosophy as a whole.

According to a press release issued here at the national head office (NHO) of the iGP, the Global Greens released videos on the occasion, which had motivational messages from the international Green leaders (https://www.youtube.com/watch?v=ODC5zjE2Bng).

Mr Nautiyal had argued that each important day or each important moment in anybody’s life or in the life of any organisation has a special place. For example, the United Nations also observes the designated Days, Weeks, Years, and Decades, each with a theme, or topic; so, the Global Greens should also celebrate its Day.

Finally, a GGC Face-to-Face meeting during 18-21 March 2015 in Brussels (Belgium), agreed in principle to celebrate 16 April as the Global Greens Day. However, it could be celebrated officially and for the first time only today.

Mr Nautiyal today said the Global Greens Charter, which is a sacred document for all Greens throughout the world, played a catalyst’s role in strengthening and diversifying the Green Movement.  He pointed out that such days were celebrated to reinforce the ideas and philosophy behind the Day. Such an event would also promote international awareness and action on the Global Greens’ issues.

Mr Nautiyal emphasised that the Global Greens Day would also honour those millions of Greens who have relentlessly worked over the years to make the organisation a global entity and the green ideology as the core political thought for the generations to come.

The iGP Co-Presidents, Ms Nazeema AK and Rajendra Minz, said on this Day every year, we, as a Global Greens family, can pick up specific themes to celebrate the Day globally and at various other levels.

The iGP Chief Spokesperson Prabhath Prabhakaran said by celebrating the Global Greens Day each year on 16 April, we shall be able to remind ourselves that the signatory parties and political movements of the Global Greens Charter had committed themselves to the global partnership and to six guiding principles: (i) ecological wisdom, (ii) social justice, (iii) participatory democracy, (iv) non-violence, (v) sustainability, and (vi) respect for diversity; and at the same time rededicate ourselves to these principles.