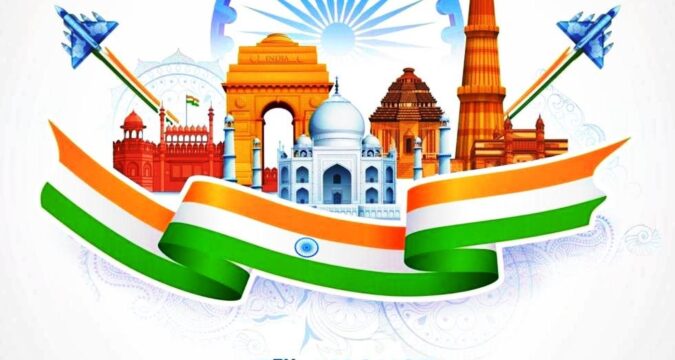 Unchir-Dunktok, Pauri Garhwal, Uttarakhand, 15 August 2022: The India Greens Party (iGP) today celebrated the 76th Independence Day of the country by hoisting the national flag, Tricolour, at its various locations in the country.

The iGP Co-Presidents, Nazeema AK and Rajendra Minj, said it is a special occasion for all the citizens of India to celebrate the Independence Day.

Nazeema AK and Rajendra Minj pointed out that democracy was the catalyst in taking everything forward including the economy and governance. Therefore, we need concerted efforts to strengthen this beautiful form of governance.

They said the party favoured participatory democracy in the country because the present form of democracy was unable to come up to people’s expectations and as a result their aspirations remained unfulfilled.

The iGP Chief Spokesperson, Prabhath Prabhakaran, in a press release issued from the national head office (NHO) of the party, said that democracy should have deepened with the passing of each Independence Day; but regrettably, that was not to be.

Prabhakaran said rampant corruption in the day-to-day life of the bureaucrats, politicians, and the people was the main hindrance in the way of real development of society; and due to this malady, people were not getting the benefit of the government schemes properly and adequately.

The iGP Founder, Suresh Nautiyal, said that even after 75 years of independence, the sane voices in the country were being muffled.

“The people coming from the minority communities continue to face discrimination. This is no real democracy. For sure, we need a democracy that listens and delivers. It is sad that democracy and governance remain inefficient and insensitive. Therefore, there is a great need to make India more democratic, more tolerant, more progressive, more nonviolent, wiser ecologically and environmentally, and more self-reliant by respecting diversity and social justice,” he emphasised.

“Conserving our ecological systems including water bodies and rivers, keeping clean the environment and replenishing agricultural fields should be the top priority of the governments in the country to realise the dreams of the Freedom Fighters,” Nautiyal added.

The iGP leaders also said that all citizens in the country must get all essential facilities without discrimination, otherwise our political system, which is called democracy, will have no meaning.