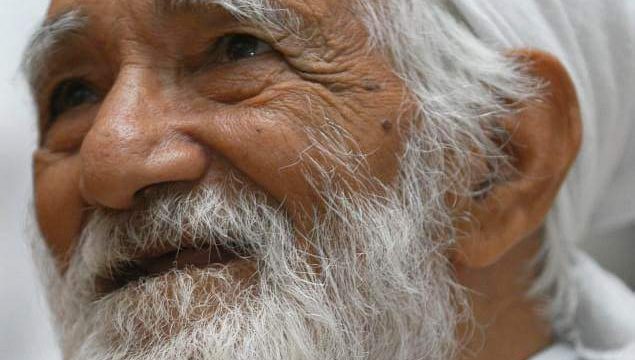 Unchir-Dunktok, Pauri Garhwal, Uttarakhand, 22 May 2021: The India Greens Party (iGP) today mourned the death of eminent environmentalist Sunderlal Bahuguna, who brought a paradigm shift in the environmental thinking in India.

Bahuguna, 93, breathed his last in a hospital in Rishikesh, Uttarakhand, yesterday.

In a press statement issued here, the iGP President Suresh Nautiyal said Bahuguna, a gentle and persuasive Gandhian carried a firm personality in his simplicity, and always used a mix of grassroots wisdom and good science in his arguments to say why the Himalayan ecosystems were to be saved.

“Though the movement against the mega Tehri Hydro Project resulted in submergence of several villages and their ecosystems including trees, displacement of people, and seismic impacts, Bahuguna’s contribution in the movement will always be remembered. He also undertook one of the longest fasts, over 56 days, after Independence against the Tehri dam project,” said the iGP leader.

The iGP leader said Bahuguna also undertook an untiring landmark awareness campaign in several parts of the country and the world, including the Kashmir to Kohima Foot March in the early eighties, to bring attention to the entire Himalayan region.