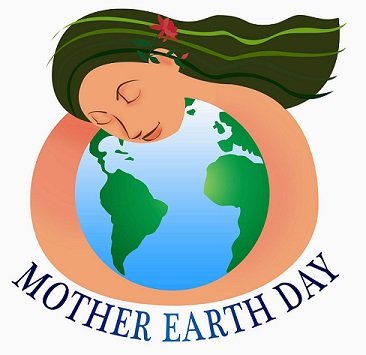 Unchir-Dunktok, Pauri Garhwal, Uttarakhand, 22 April 2021: The India Greens Party (iGP) today said there is an urgent need to protect Mother Earth from the threats of climate disruption due to global warming.

In a press statement on the occasion of the International Mother Earth Day today, the iGP President Suresh Nautiyal said if humans fight climate change and biodiversity loss, the efforts will help not just nature, but human health also.

“In view of this, let us remind ourselves that we need to shift to sustainable living and an economy that works for both people and the planet. Besides, we need to promote harmony with nature and Earth,” Mr Nautiyal pointed out.

International Mother Earth Day was established in 2009, by the United Nations General Assembly.

This International Mother Earth Day coincides with the Super Year of Biodiversity.

The iGP President said the coronavirus outbreak not only poses a big threat to public health and the global economy, but also to the biological diversity. Specific linkages between health and biodiversity include impact in nutrition, health research or traditional medicine, new infectious diseases and influencing shifts in the distribution of plants, pathogens, animals, and even human settlements, most of them affected by climate change.

With this big picture, and the coronavirus scenario, our immediate priority is to prevent the spread of COVID-19, but in the long-term, it is important to tackle habitat and biodiversity loss.

Despite ongoing efforts, biodiversity is deteriorating worldwide at rates unprecedented in human history. It is estimated that around one million animal and plant species are now threatened with extinction.

Mr Nautiyal said climate change, man-made changes to nature as well as crimes that disrupt biodiversity, such as deforestation, land-use change, intensified agriculture and livestock production or the growing illegal wildlife trade, will only increase the threats.

He said there is a greater threat of zoonotic diseases transmitting to humans. From one new infection disease that emerges in humans every four months, 75 percent of these emerging diseases come from animals, according to the UN Environment. This shows the close relationships between human, animal and environmental health.

He said a healthy ecosystem will help to protect the humans from these diseases as biological diversity makes it difficult for pathogens to spread rapidly. It is estimated that around one million animal and plant species are now threatened with extinction.