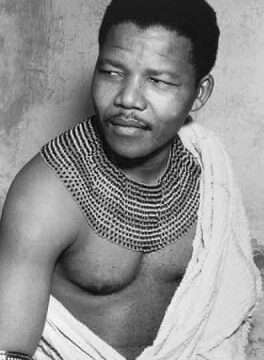 Unchir-Dunktok, Pauri Garhwal, Uttarakhand, 18 July 2022: The India Greens Party (iGP) today called upon the people to get inspired by people like Nelson Mandela who contributed immensely to the culture of peace and freedom, and served humanity.

In a press statement issued here at the national head office (NHO) of the party, on the occasion of the Nelson Mandela International Day today, the iGP Co-President Rajendra Minj said the people need to get inspiration from the life and work of Nelson Mandela, who devoted his life to the service of humanity — as a human rights lawyer, as a prisoner of conscience, as an international peacemaker, and as the first democratically elected president of a free South Africa.

The iGP Founder, Patron and Mentor Suresh Nautiyal said the Nelson Mandela International Day is an occasion for all of us to take action and inspire change. He said, Mandela also fought against poverty, and promoted social justice.

“Besides, Mandela made a profound contribution to the struggle for democracy internationally and the promotion of a culture of peace throughout the world,” added Mr Nautiyal.

–Issued from the IGP NHO.