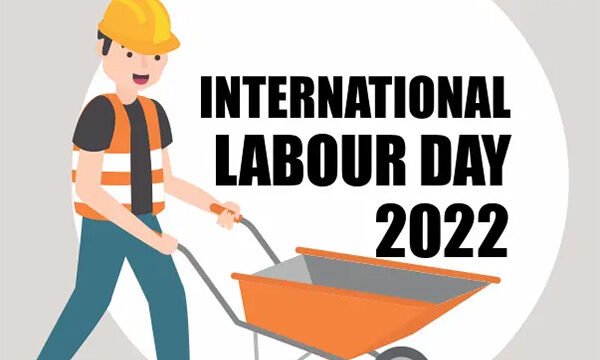 Unchir-Dunktok, Pauri Garhwal, Uttarakhand, 1 May 2022: The India Greens Party (iGP) today said it is frustrating to note that millions of Indians, particularly women, are exiting the labour force entirely as they are not being able to find the right kind of employment.

In a press statement issued here at the party’s national head office (NHO), on the occasion of the International Workers’ Day today, the iGP appealed to the governments to do their best in the interest of the workers and labourers in the present hard times.

The Day is also known as Labour Day or simply May Day! It is a celebration of labourers and the working classes all over the world.

The iGP Co-Presidents Ms Nazeema AK and Mr Rajendra Minj said the Labour Day honours the hard work of people across the world and celebrates their achievements.

The Labour Day has its origins in the labour union movement in the United States in the 19th Century. In 1889, a body of socialist groups and trade unions, in the US designated May 1 as a day for workers. This was in remembrance of the Haymarket Riots in Chicago in 1886, when a labour protest rally turned violent after someone threw a bomb at the police. According to the history.com, at least eight people died as a result of the violence that day. Despite a lack of evidence against them, eight radical labour activists were convicted.

The iGP Chief Spokesperson Mr Prabhath Prabhakaran said the pursuit of neoliberal and free market fundamentalist economic policies by the central and state governments has weakened the hard-earned rights of even organised workers in India. “The plight of the unorganised workers who constitute the majority of the Indian workforce is more pathetic since they are compelled to toil with irregular employment opportunities and no proper labour rights,” lamented Mr. Prabhakaran. “The conventional definition of working class needs to be expanded to include even white-collar professionals working in sectors like software, healthcare, and tourism as they face job insecurity, no guaranteed income, and exploitative corporate environments that disrupt their health and work-life balance,” he added.

“The governments must mend their ways and try to help those who need employment, food, shelter, healthcare and medicines, clothes, and cash. This will be the best tribute to the working classes of the world,” the Green leaders pointed out.