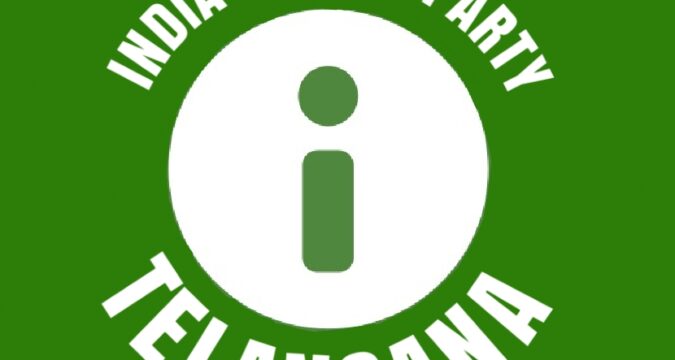 Hyderabad, 17 February 2022: The India Greens Party (iGP) has reconstituted the Telangana Working Group with the purpose to hold the state-level convention in an organised manner in December this year to elect the Telangana State Executive Committee.

Mr Akarsh Sriramoju, who is also one of the National General Secretaries and Incharge of the state, will coordinate between central leadership of the party and the Telangana Working Group.

The party has plans to field candidates in the Telangana Legislative Assembly elections next year.

The party is determined to encourage youth, women, LGBTIQA+ people, marginalised sections of society, and minorities to join the iGP and participate in electoral politics.

The iGP invites all citizens who are politically conscious and interested in social, environmental and public service to join the party.

It is the only party in the country that works not only for environmental justice but also for social and economic justice in the country.

The iGP is committed to the six principles of the Global Greens Charter (ecological wisdom, sustainability, social justice, participatory democracy, nonviolence and respect for diversity) and is already implementing them in the party organisation and in its policies, as these are the primary sources of solving developmental problems and also a major cause for the creation of developmental problems. It is therefore necessary to change the present irresponsible political system in order to deal with climate disasters.

The party is of the opinion that the policy changes are  necessary to develop sustainable communities where human and nature’s rights are safeguarded.