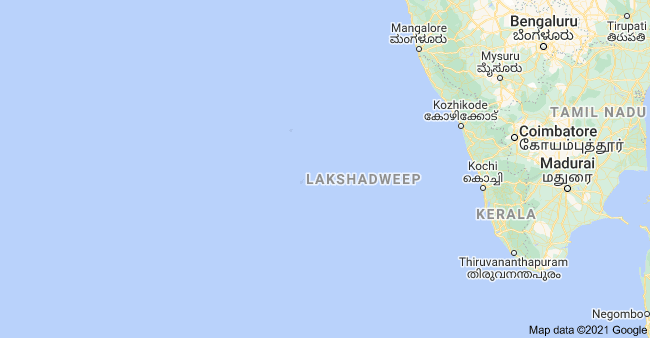 In a petition sent to the Prime Minister Modi through email by the iGP President Suresh Nautiyal, the party expressed its anguish over the happenings, including exhaustive tourism activities, in the Lakshadweep archipelago that will affect the life and livelihood of the communities there.

Mr Nautiyal opposed the recent anti-people changes in the name of reforms that are being implemented there.

“The iGP understands that while taking a decision in the name of reforms no respect was paid to the time-tested ways of land use, ocean resource utilisation and or livelihood options adopted by the communities in Lakshadweep,” the Green leader pointed out.

“To add insult to injury, the culture and traditions of the ethnic groups there have been overlooked by intervention into the food culture, the reproductive freedom and self-reliance of the people. The traditional existing methods of decision-making using one of the oldest forms of democratic decentralisation which adds to the cohesiveness will be torn apart by these new changes, added Mr Nautiyal.

Lakshadweep is an archipelago of twelve atolls, three reefs, and five submerged banks, with a total of about thirty-nine islands and islets. The main islands are Kavaratti, Agatti, Minicoy, and Amini. The total population of the territory is 64,429 according to the 2011 Census. Most people of Lakshadweep are descendants of migrants from the Malabar Coast of southwest India and the islanders are ethnically similar to coastal Kerala’s Malayali people. More than 93% of the indigenous population are Muslims, and the majority of them belong to the Shafi School of the Sunni Sect.

The iGP leader said the carrying capacity of the 32-sqkm area of the inhabited islands or an archipelago of 36 islands in the Arabian Sea located 200 to 440-km off of the mainland’s southwestern coast, will be stretched to the limit if high volume tourism is implemented.

Mr Nautiyal said Prime Minister’s intervention in this case is critical because the people of India are on the verge of witnessing a deliberate and planned move by a person in power there to tamper with and breakdown the will and peace of a community in Lakshadweep.

“Since decades, the citizens of the country have been aware of the ethnic community structure of this unique land that has withstood the vagaries of the ocean and weather,” he added.

#The iGP understands from various studies done by credible historical, cultural and ecological institutions that the stability of the coral reefs that protect the islands have been nurtured and maintained by the life and culture of the homogenous communities that live in the islands,” stated the party leader, adding that the human occupants of the island have overcome and found a niche that enables them to cope with the limitations of land and fresh water availability.

“The social fabric built up on an ecosystem-based economy linked to fishing is also connected to the cooperation, tolerance and mutual dependence that exists there.,” said the Green leader.

“On the basis of all this, the India Greens Party requests you to immediately stop all reforms that are underway and call for an urgent review of each one of them. This is indeed the need of the hour, if human rights, democracy and ethnicity of the island community is to be preserved as is envisioned in the Preamble to the Constitution of India,” said Mr Nautiyal.

“What the islands need is the access to safe and secure health care, education, just governance, food security, livelihood options connected to the ecosystem they are part of. Therefore, the India Greens Party looks up to you with expectation and hope that you will intervene and set things right in the coral islands where each citizen has equal rights to options of livelihood, nutrition, land use and all other choices that hold a community together,” the iGP leader suggested, adding that we have to learn much from these communities and let us not miss the chance and be remembered as being part of a generation that conducted a deliberate overkill of a way of life.

The India Greens Party has also requested the Prime Minister to intervene and open a space for discussing this gross violation of human rights — be it individual freedom, choice of food, livelihood spaces, cultural and ethnic identity, traditions and beliefs — to mention a few by the administrator of the islands, adding that the main occupation of the people — fishing, coconut cultivation and coir twisting – will be affected if urgent measures are not taken.

The party has suggested that the changes being brought about should be implemented only after a thorough consultative process. And, the programmes being planned there should have a long-term vision that takes into consideration regional, need-based consultative approach rather than the top-bottom way being envisaged now.