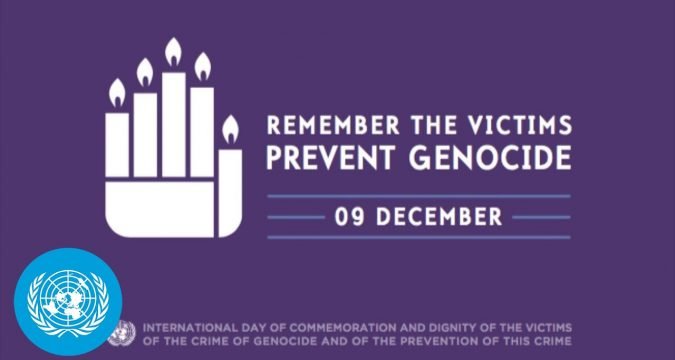 Unchir, Pauri-Garhwal, Uttarakhand, 9 December 2020: The India Greens Party (IGP) has reminded the world governments that they, at the 2005 World Summit, had committed to protect their populations from genocide, war crimes, ethnic cleansing and crimes against humanity, as well as their incitement.

In a press statement issued on the occasion of the International Day of Commemoration and Dignity of the Victims of the Crime of Genocide and of the Prevention of this Crime today, the IGP President Suresh Nautiyal said the democratic societies are capable of preventing the genocides and genocidal conflicts.

Mr Nautiyal said the genocide, whether committed in time of peace or war, is a crime under international law.

“The 1948 Convention on the Prevention of the Crime of Genocide or the Genocide Convention, the first human rights treaty adopted by the General Assembly, clearly says that the primary responsibility to prevent and stop genocide lies with the State,” the IGP President pointed out.

He said it is important to understand the root causes of the genocide conflicts, which are generally rooted in the identity-based issues. Genocide of the Rohingya people in Myanmar is a glaring recent example of this, Mr Nautiyal added.

The IGP leader said such atrocities tend to occur in societies with diverse national, racial, ethnic or religious groups that are locked in identity-related conflicts. However, governments guided by the democratic societies can prevent such occurrences.

“These conflicts get fermented if fundamental rights and freedom are compromised, and discrimination is prevalent,” he added.

This year’s main event at the UN HQ in New York is in line with the UN75 initiatives and committed to promote peace and prevent conflicts. On this occasion, the UN Secretary-General has called for a global ceasefire.

On this occasion, the IGP President Suresh Nautiyal reminded the world governments that they, at the 2005 World Summit, had committed to protect their populations from genocide, war crimes, ethnic cleansing and crimes against humanity, as well as their incitement.