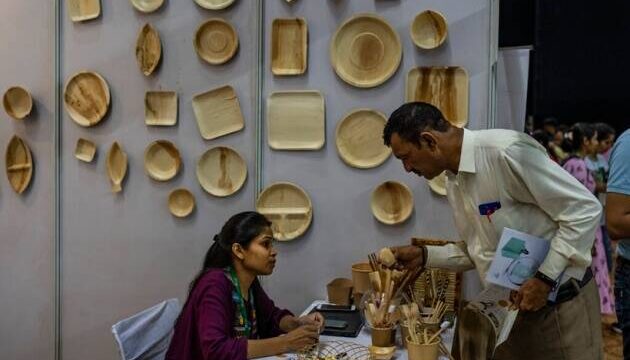 Unchir-Dunktok, Pauri Garhwal, Uttarakhand, 1 July 2022: The India Greens Party (iGP) today welcomed the Centre’s decision to put partial ban on the single-use plastics; however, it said only a total ban on all single-use plastics will bring the desired results.

India today banned some of the single-use or disposable plastic products as part of a federal plan to phase out the ubiquitous material in the country. The ban came into effect despite companies extensively lobbying with the government to delay the transition, citing costly alternatives and their lack of easy availability.

A ban on the use of single-use plastics that was notified by the Ministry of Environment, Forest and Climate Change in August 2021 came into effect today. The notification said national and state-level control rooms would be set up to check illegal manufacture, import, stocking, distribution, sale and use of banned single-use plastic items which include earbuds with plastic sticks, plastic sticks for balloons, plastic flags, candy sticks, ice-cream sticks, polystyrene decoration, plastic plates, cups, glasses, cutlery such as forks, spoons, knives, straws, etc.

The Plastic Waste Management Amendment Rules, 2021, will also prohibit manufacture, import, stocking, distribution, sale and use of plastic carry bags having thickness less than 120 microns with effect from 31 December 2022.

In a press statement issued here at the national head office (NHO) of the party, the iGP Co-President Rajendra Minj said only a total ban on all single-use plastics will be an effective action. He said a possible extension of ban to other single-use plastic items such as sachets, pouches, wrappers and laminated tubes, etc, will bring more relief.

The iGP Founder Suresh Nautiyal said the share of plastics used for these banned single-use plastic items is less than 2-3 percent; and the current ban covers only those items which have a low utility and high littering potential. These items are not widely used by large consumer companies and hence will have a limited impact for now.

“In a way, the present ban is just an eyewash. The share of plastics used for these banned single-use plastic items is less than 2-3 percent. This despite the fact that India is the fifth highest country in terms of generation of plastic waste, with a discharge of 3.5 million tonnes (FY2020). On a per capita basis, India’s plastic waste generation almost doubled over the last few years,” Mr Nautiyal pointed out, adding that it is good that the cigarette companies have already migrated to biodegradable plastic wraps and hence may not witness an incremental impact.