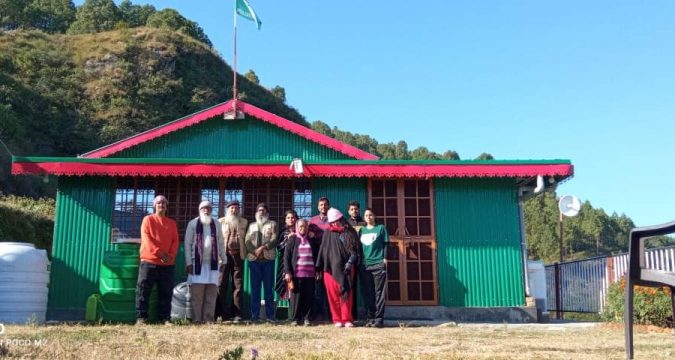 Unchir-Dunktok, Pauri Garhwal, Uttarakhand, 31 October 2021: The first ever 3-day Green Camp of the India Greens Party (iGP) concluded here yesterday with the reiteration of its commitment to the ecological, progressive, secular, participatory, and inclusive values with the purpose of building democratic and green politics in the country and to have a sustainable future.

In a press release issued here at the national head office (NHO) of the party after the 3-day Green Camp concluded on 30 October, the iGP President Suresh Nautiyal said the first ever Green Camp was organised by the party at its national head office (NHO) situated at Greendham Anandi-Chait, Indra-Balbhadra Parisar, Unchir-Dunktok, Pauri Garhwal, Uttarakhand, from 28 to 30 October 2021.

Mr Nautiyal said the deliberations in the camp were held on so many topics and aspects related to Green Politics. “As a result, the attendees had more awareness about Green Ideology, Green Philosophy, and Green Politics. Also, they had more awareness about the Green parties in several parts of the world, four regional federations of the Green parties, Global Greens, and APGF,” he added.

“The attendees also knew new things about the Green values, Green principles, etc, and the things like the cognitive and other types of biases,” the iGP leader stated.

Mr Nautiyal said the Green Camp resulted in a few vital documents like the Unchir-Dunktok Declaration, the iGP Pledge, and footage and recordings of the deliberations for the future use.

The Green leader said it was an innovative experience for most of the attendees as it provided an opportunity to know each other bette, and without the biases which people generally develop knowingly and unknowingly.

“The Green Camp also brought more clarity on several aspects of life and Green Ideology. It also gave a hope that there are people in the Party who can take it to the new political heights and soar high in the skies,” Mr Nautiyal said.

“A message is writ large that there is a great future for Green Politics, and the India Greens Party. Of course, we need to further improve our syllabus and methodologies. It also needs to be simplified so that no boring corners come up in the Green Camp classroom,” concluded Mr Nautiyal.