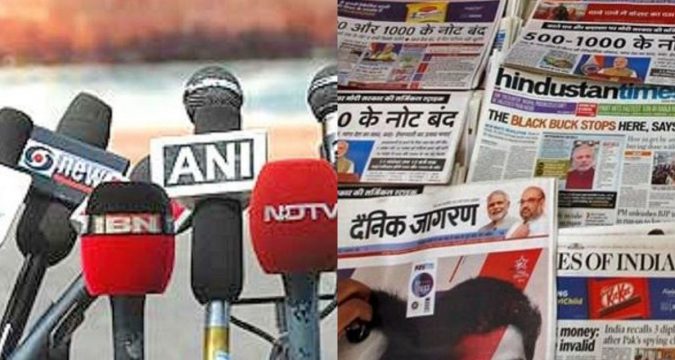 Unchir-Dunktok, Pauri Garhwal, Uttarakhand, 1 September 2021: The India Greens Party (iGP) today said the Government of India should constitute a national media commission to study the prevailing situation of media in the country, particularly after virtual scrapping of the Working Journalists Act, 1955; and, Fixation of Wages Act,1956.

In a press statement issued today, the iGP President Suresh Nautiyal requested the union government to take cognisance of the letters sent to leaders of political parties, parliamentarians, eminent citizens and trade unions, following the 75th anniversary of India, by the Delhi Union of Journalists (DUJ) and the National Alliance of Journalists (NAJ).

The iGP leader said the commission should not only look into the service conditions but look into immediate replacement of the Press Council with a Media Council bringing the print, broadcast, digital and cable media under one roof, to enable a composite view on the ethical issues emerging before a modern Indian media.

Mr Nautiyal said the media commission should be created on the lines of the first and second Press Commissions of India, comprising representatives of the media not just media barons along with representatives of the judiciary and other experts, to survey the status of the media today, its ownership patterns, the problems of monopoly and cross-media holdings, its lopsided revenue model heavily dependent on government and private advertising and related issues.

“It is sad that journalism, journalists and co-workers are at the crossroads, facing not only dangers to press freedom but to their very livelihoods. Covid has become a pretext to crush and browbeat the profession to submission, by throwing out those whose labour built up a booming media industry,” the iGP President lamented.

It is regrettable that the Working Journalists Act, including the establishment of wage boards, has been abolished by a variety of central Government Codes that are killing all forms of security not only for us but for the majority of working classes who are already on the war path. The Central Government has brought above widespread changes in Labour Laws through (1) Code on Wages, 2019 (2) The Industrial Relations Code, 2020, (3) Code on Social Security, 2020,  (4) Occupational Safety, Health and Working Conditions Code, 2020.

“The net result is that even as hundreds of cases of non-implementation of the Majithia Wage Board Award of 2011 are pending countrywide, journalists and co-workers are shell shocked that the very concept of a wage board has been abolished, without any alternative wage fixation machinery,” he added.

Today it is estimated that more than a thousand journalists have lost their jobs. Most of them have had to go without even the retrenchment benefits prescribed under the Working Journalists Act or the Industrial Disputes Act.