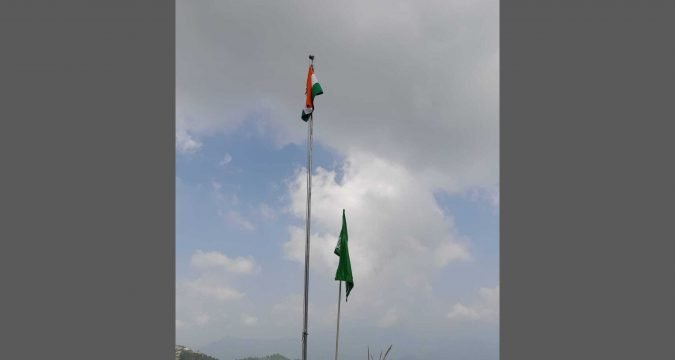 The iGP President Suresh Nautiyal presided over the function. He along with the chief guest, Ms Rekha Thapliyal, a retired central government bureaucrat, unfurled the national flag. The national anthem was also sung by the people present on the occasion.

Before unfurling the Tricolour, the party President said it is a special occasion for all citizens of India to celebrate the Independence Day of the country, no matter how inefficient and insensitive our democracy remained.

The iGP President Suresh Nautiyal, in a press release issued after the function said that democracy should have deepened with the passing of each Independence Day; but regrettably, that was not to be.

On the occasion, the party also held a vigorous discussion on the essence of democracy.  Most of the people, who took part in the discussion, favoured a mature participatory democracy in the country. They said the present form of democracy was unable to come up to their expectations and their aspirations remained unfulfilled.

Chief Guest Ms Rekha Thapliyal, in her keynote address, said though governance remained an issue in the country; but this did not mean all the bureaucrats were corrupt, inefficient and insensitive. “There are people in bureaucracy who are very sensitive and respectful to the people. They know well that their primary task is to deliver,” said Ms Thapliyal.

Mr Sardar Singh Rawat, a former government official who lives in a nearby village here, said rampant corruption in the day-to-day life of the bureaucrats, politicians, and the people was the main hindrance in the way of real development of society; and due to this malady, people were not getting benefit of the government schemes properly and adequately. “The sane voices are being muffled, and the people coming from the minority communities continue to face discrimination. This is no real democracy. For sure, we need a democracy that listens and delivers,” pointed out Mr Rawat.

Mr Sitaram Nautiyal, a former army man, said all citizens must get all essential facilities without discrimination, and irrespective of who was heading the government.

Mr Rakesh Bahuguna, a businessperson, said democracy was catalyst in taking everything forward including economy and governance. Therefore, we need concerted efforts to strengthen this beautiful form of governance.

Mr Vinod Chamoli said conserving our ecological systems including water bodies and rivers, keeping clean the environment and replenishing agricultural fields should be the top priority of the Green parties in the country and elsewhere.

Ms Meeta Thapliyal enthralled the audience by singing the famous international song, “We Shall Overcome”, in Hindi.

Advocate Vinod Chamoli, one of the Conveners of a Pauri-based citizens’ group, Nagarik Hastakshep, coordinated the programme.