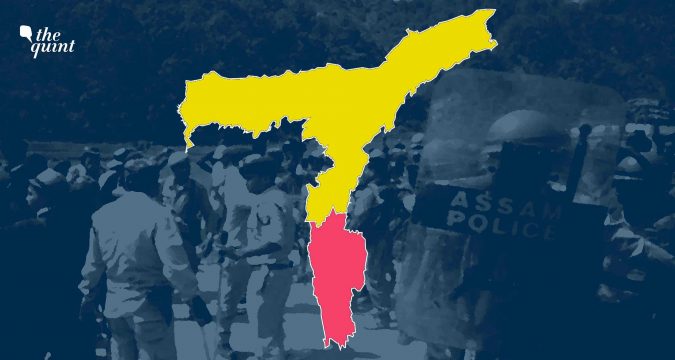 Unchir-Dunktok, Pauri Garhwal, Uttarakhand, 11 August 2021: The India Greens Party (iGP) today appealed to the Governments of Assam and Mizoram to find a lasting and amicable solution to all their border issues.

In a press statement issued here, the iGP President Suresh Nautiyal said that peace and nonviolence were the tools that would ensure lasting solution to all the issues without any loss.

“The border disputes can only be resolved through dialogues,” the Green leader said, adding that the main focus of the two states should be on keeping the spirit of Northeast alive.

Mr Nautiyal said what happened along the Assam-Mizoram border cannot be acceptable to the people of both the states.

Mizoram borders Assam’s Barak Valley, and both border Bangladesh. The boundary between the two states, which runs approximately 165-km today, has a history dating back to the time when Mizoram was a district of Assam and known as Lushai Hills. Boundary demarcations in 1875 and 1933, particularly the second one, are at the heart of the dispute.

While there have been several showdowns arising out of inter-state disputes between various states of the Northeast, the dispute between Assam and Mizoram has rarely culminated in violence. Yet, it escalated to unprecedented levels, as firing on the inter-state boundary left at least six Assam policemen dead and over 50 individuals injured.

The 1875 demarcation, notified on August 20 that year, derived from the Bengal Eastern Frontier Regulation (BEFR) Act, 1873. It differentiated Lushai Hills from the plains of Cachar in Assam’s Barak Valley. This was done in consultation with Mizo chiefs, and it became the basis for the Inner Line Reserve Forest demarcation in the Gazette two years later.

According to Mizo leaders, the only acceptable boundary is the Inner Line of 1875 on the southern frontier of Cachar, notified as per the BEFR Act. (This was subsequently revised in 1878 as it sought to demarcate the Lushai Hills frontier from the plains of Assam.)

Mizoram’s official stand is that the boundary should be demarcated on the basis of notification in 1875 that distinguished the Lushai Hills (today’s Mizoram) from the plains of Cachar. The point of conflict is another British-era notification of 1933 that Assam follows but is not acceptable to Mizoram, which says their ancestors were not consulted on this.

Mr Nautiyal said it was strange that the Union Home Minister Amit Shah, who visited the Northeastern part of the country just before the incident, could not sense it. Even the chief ministers of these states tried to contact both Prime Minister and Home Minister but to no avail.

“The unwanted incident and loss could have been avoided had the issue been addressed in time,” Mr Nautiyal pointed out.

The iGP leader said it was sheer failure of political will on part of the state governments and the central government.

He said a new nonviolent approach needs to be found to resolve the border issue in an amicable way, and if the two state governments are unable to resolve the issue; they should approach the Supreme Court for a solution.