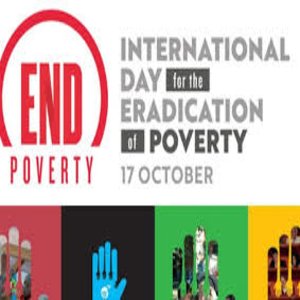 Poverty Eradication Day: Why poor are getting poorer, asks IGP

Unchir, Pauri-Garhwal, Uttarakhand, 17 October 2020: The India Greens Party (IGP) today regretted that the phenomenal rise in extreme poverty was due to an upsurge in the incomes of the world’s billionaires and the super-rich and unequal distribution of the resources.

The world’s total population is around 7.8 billion, and according to the UN, more than 736 million people live below the international poverty line. A recent World Bank report says that extreme poverty is set to rise this year, while the impact of the spreading Corona virus is expected to push up to 115 million more people into poverty. And by 2021, as many as 150 million more people could be living in extreme poverty.

Most people living below the poverty line belong to two regions: Southern Asia and sub-Saharan Africa.

In contrast, the wealth of the world’s billionaires reached a new record high in the middle of the Corona pandemic, primarily as a rebound in tech stocks boosting the fortunes of the global elite, according to a report released recently by UBS Global Wealth Management and PwC Switzerland.

The number of billionaires worldwide has been estimated at 2,189, up from 2,158 in 2017. The rising earnings were mostly from three sectors, including tech, healthcare and industry — a trend accelerated by the pandemic.

The billionaires have seen their fortunes hit record highs during the pandemic, with top executives from technology and industry earning the most. The world’s richest saw their wealth climb 27.5% to $10.2tn (£7.9tn) from April to July this year, according to a report from Swiss bank UBS.

In a press statement, on the occasion of the International Day for the Eradication of Poverty today, the IGP President Suresh Nautiyal said it is a naked irony that the rich are getting richer and the poor poorer. “This has reflected the realities of widespread economic inequalities and disparities worldwide,” he pointed out.

The International Day for the Eradication of Poverty is an international observance celebrated each year on October 17 throughout the world. The first commemoration of the event took place in Paris, France in 1987 when more than 100,000 people gathered on the Human Rights and Liberties Plaza at the Trocadéro to honour victims of poverty, hunger, violence, and fear at the unveiling of a commemorative stone by Joseph Wresinski, founder of the International Movement ATD Fourth World. In 1992, four years after Wresinski’s death, the United Nations officially designated October 17 as the International Day for the Eradication of Poverty.

The IGP leader said it is a moral outrage that millions of people are living in extreme poverty despite an unprecedented level of economic development, technological means and financial resources.

“Poverty is not solely an economic issue. The governments can tackle it if they have the political courage to do so,” Mr Nautiyal pointed out, adding that it remained a multidimensional phenomenon that also encompassed a lack of political will.

The IGP leader said it is sad that the governments often ignore the plight of those living in poverty, leading to feelings of rejection, shame, and humiliation.

“There is an urgent need to recognise the struggles of the impoverished and to make their voices heard by governments and citizens,” Mr Nautiyal said, adding that the persons living in poverty experience many interrelated and reinforcing deprivations that prevent them from realising their rights.

Mr Nautiyal concluded that the participation, knowledge, contributions and experience of people living in poverty and those left behind must be valued, respected and reflected in our efforts to build an equitable and sustainable world in which there was social and environmental justice for all.