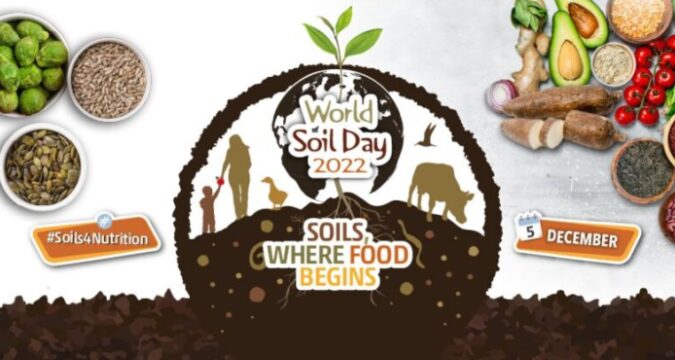 In a press statement issued here at the party’s national head office (NHO), Chief Spokesperson of the party, Suresh Nautiyal, said the World Soil Day 2022 (#WorldSoilDay) and its campaign “Soils: Where food begins” aims to raise this awareness.

The Co-Presidents of the party, Ms Nazeema AK and Rajendra Minj, said the salt-affected soils have a decreased ability to act as a buffer and filter against pollutants. Therefore, the governments need to halt soil salinisation and sodification which are major soil degradation processes threatening ecosystem and are known as being among the most important problems at a global level for agricultural production, food security and sustainability in arid and semi-arid regions.

Party’s Secretary-General Prabhath Prabhakaran said the salt-affected soils have serious impacts on soil functions, such as in the decrease in agricultural productivity, water quality, soil biodiversity, and soil erosion.

Secretary-General Archana Patel-Nandi said soil salinisation breaks down our soils and reduces their ability to help our food grow. Salt-affected soils reduce both the ability of crops to take up water and the availability of micronutrients. They also concentrate ions that are toxic to plants and may degrade the soil structure.