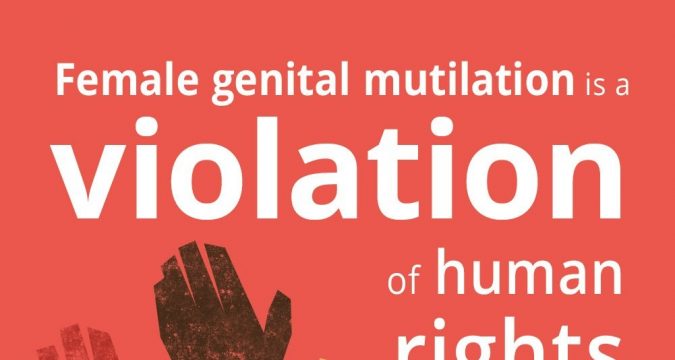 Unchir-Dunktok, Pauri-Garhwal, Uttarakhand, 6 February 2022: On the occasion of the International Day of Zero ToleranceforFemale Genital Mutilation (FGM) today, the India Greens Party (iGP) said systematic and coordinated efforts are needed to stop it.

In a press statement issued here at the national head office (NHO) of the party, Co-Presidents Ms (Dr) Apeksha W Khobragade and Rajendra Minz called upon the communities and the governments to stop the FGM comprising all procedures that involve altering or injuring the female genitalia for non-medical reasons.

Chief Spokesperson Suresh Nautiyal said the practice is not only a violation of human rights but also of the health and integrity of girls and women.

In 2012, the UN General Assembly designated 6 February as the International Day of Zero Tolerance for Female Genital Mutilation, with the aim to amplify and direct the efforts on the elimination of this practice.

The iGP leaders said the communities as well as the governments need to eliminate female genital mutilation practices. “There is a need to focus on human rights, gender equality, sexual education and attention to the needs of women and girls who suffer from its consequences,” they pointed out.

Girls who undergo female genital mutilation face short-term complications such as severe pain, shock, excessive bleeding, infections, and difficulty in passing urine, as well as long-term consequences for their sexual and reproductive health and mental health.