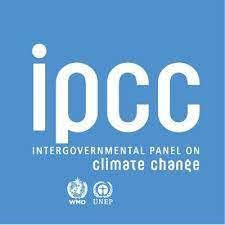 Unchir-Dunktok, Pauri Garhwal, Uttarakhand, 3 April 2022: The India Greens Party today said the Working Group II report recently released by the Intergovernmental Panel on Climate Change (IPCC) is far from good news to humanity because the report admits that it is no longer climate change but climate crisis.

In a statement issued at its national head office (NHO) here, the iGP warned that we must fix it proactively quite soon or suffer the unavoidable wrath of Mother Nature.

As a Bloomberg report put it, there are five key arguments from the latest IPCC report on climate adaptation: (a) No more waiting for climate change, (b) ‘It is adapt now or die,’ (c) The clock is ticking, (d) What is needed beyond cutting emissions, and (e) Not enough is being done. The report emphasises the impacts of climate changes that are being felt here and now. Approximately 40% of the global population is highly vulnerable to climate change effects. Also, every incremental increase in temperature will lead to more frequent and devastating occurrences of disease, death, and costly disasters. Some suffering is inevitable, though adaptation can help. Climate change is battering the places and populations least able to adapt, and is wreaking havoc on plants and wildlife.

“It is regrettable that the window of opportunity to act is rapidly closing and we managed to get only empty promises from the COP26 such as Net Zero by so-and-so year and clear-cut facilitation of greenwashing to the already polluting industries,” lamented Mr Suresh Nautiyal, the iGP Founder, Patron and Mentor.

“It is a fundamental right of every citizen of the country to have clean air, clean water, and a healthy life, but this does not seem possible as our government too follows the international trend of empty promises. What is lacking is the political will,” pointed out Mr Rajendra Minz, Co-President of the party.

“In the wake of this disheartening IPCC report, the India Greens Party demands strong and strategic climate action to ensure a safe future for all Indians irrespective of their caste, creed, religion, and language,” demanded Mr Minz.

In India, we are occupied with religious riots and useless arguments about films. With approximately 18% of the world population, 2% of the global land area and 7% of the world’s resources, we are the planet’s most vulnerable country. Now is the time to act because we have the demographic dividend and a majority of the people in our country will witness ecological destruction in their lifetime, said the party statement.

The iGP Chief Spokesperson Mr Prabhath Prabhakaran said if the climate change crisis is not tackled on an emergency basis, it could worsen social, economic, and gender inequality, as the impacts of climate change adversely affect women, the poor, and other marginalised sections of society the most.

Nearly 60% of the country’s population is younger than 35 but merely about 6% of the MPs are younger than 35. “When you do not have a parliament with adequate representation of youth in a young country, how will the wishes of the Young India be fulfilled?” asked India Young Greens (IYG) Convener Mr Rahul Gupta Kodarapu.

“Our leaders are not taking measures to secure a safe future for the youth of India. At IYG, we believe that the only way we can ensure social, economic, and climate justice in the country is through increased participation of the youth in Politics. IYG appeals to all motivated youngsters in the country to join India Greens Party (iGP) and help change the politics of our country,” he added.