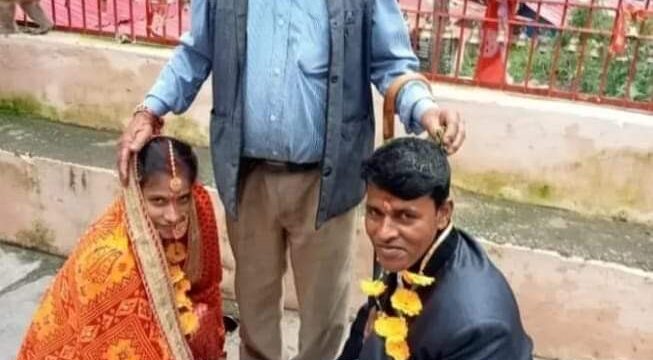 Unchir-Dunktok, Pauri Garhwal, Uttarakhand, 3 September 2022: The India Greens Party (iGP) today condemned, in the harshest of words, the brutal murder of a Green activist, Jagdish, in the Central Himalayan state of Uttarakhand.

The party extends its heartfelt condolences to Ms Gita, wife of Jagdish, who was somehow saved from the attackers.

In a statement issued here at the national head office (NHO), the party said it is a very disturbing incident that exposes the true colours of our society. Some 42 years back, in a village called Kafalta in the same district, a similar incident had taken place but we have not learnt any lesson from that.

The iGP is of the belief that the society has not moved further since then despite so much noise of democracy.

The incident raises a vital question: Does not a person, in free and democratic India, have a right to choose his or her partner?

It is clear that the education system has also failed us.

The iGP also condemns the local administration for failing to provide adequate safety and protection to the newly-wed couple. It is a clear case where administration and police have failed in providing safety and protection despite the UKPP leaders, along with Jagdish, submitting a letter to the District Magistrate and Superintendent of Police. The oversight has led to this avoidable killing.

It is regrettable that Dalits, officially known as scheduled castes (SCs), constitute more than one-fifth of India’s population of over a billion, but so many decades after the adoption of a constitution that ordains basic human rights, and equality before the law for all citizens of the country, discrimination against Dalits continues unabated.

The party would like to remind the society that untouchability, violence against individuals and entire communities, atrocities against women, and general discrimination and humiliation in everyday life remain given facts of life for virtually all Dalits. These violations of the basic rights of Dalits are quite blatant, not something hidden from public view. Yet they are rarely addressed by courts and the civil administration even when they are well documented.

Given the particular historical process of discrimination, marginalisation and exclusion that accompanies being born into a Dalit caste, untouchability practices and violence have been and remain to this day oppressive mechanisms of social control and subjugation used by dominant castes against Dalits.

It is sad that the caste system continues to serve as the means to reinforce the inferior and polluting status of Dalit communities which then comes handy in social distancing, economic exploitation and political marginalisation. Archaic symbolic practices like prohibition into temples, discrimination at water sources, forcing menial jobs, maintenance of dry toilets, the practice of Devadasi system survive to this day both in intentional ways and in routine practices.

The iGP condemns discrimination and untouchability which eventually turn into caste-based atrocities and violation of human rights. Dalit women and children face vulnerabilities in additional ways and are direct victims of caste system.

The India Greens Party categorically states that Dalits have borne the unjust system for generations and this must end now.