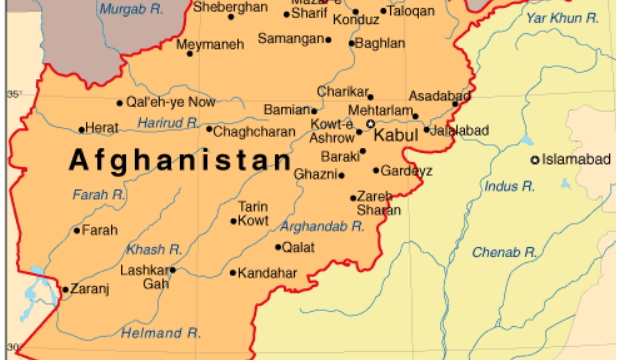 Unchir-Dunktok, Pauri Garhwal, Uttarakhand, 22 August 2021: The India Greens Party (iGP) today expressed solidarity with the people of Afghanistan and called upon the world community to help in restoring civilian governance there under the leadership of the United Nations.

In a press statement issued here, after the meeting of the Political Affairs Committee (PAC) of the party today, the iGP President Suresh Nautiyal said the people of Afghanistan are passing through a severe humanitarian crisis, and the world community must not ignore it.

Afghanistan fell to the Taliban on 15 August, who took over the presidential palace and rechristened the country as the Islamic Emirate of Afghanistan.

Ashraf Ghani, the US-backed President, resigned and fled Afghanistan saying he wanted peace and wanted to avoid bloodshed. The Taliban who allowed him to flee wanted Afghanistan. And the US which is believed to have negotiated safe passage for Ghani and its own nationals was in a hurry to get out of Afghanistan. The result is the current situation in Afghanistan.

Ashraf Ghani and Vice-President Amrullah Saleh have fled to Tajikistan after the Taliban encircled Kabul, the Afghan capital. This happened while representatives from three sides — Afghan government, the Taliban and the US — were sitting in Doha, Qatar to discuss transfer of power.

It is very disappointing and regrettable that the US withdrew its troops from the crisis-ridden country in a haphazard manner. The US should have withdrawn its troops from Afghanistan only after a mutually agreed nonviolent political settlement. The irresponsible behaviour of the US led by President Biden will be long remembered in the world of diplomacy and political historians.

Mr Nautiyal said it is sad that more than two-decade-old conflict continues to claim large numbers of civilian casualties. There are reports that the attacks by the Taliban are targeting civilians and civilian objects in violation of international humanitarian law. They have even not spared the public figures and institutions.

The iGP leader said healthcare infrastructure remains in poor shape, millions remain internally displaced, and education is in disorder. Also, the conditions for journalists, media workers, scholars, moderate clerics, human rights defenders, and activists are very harsh to function due to targeted killings of them. On top of that, there is no possibility of protests.

Now, the Taliban says it will be accountable for its actions and will investigate reports of reprisals and atrocities carried out by members. Taliban has said it would not take revenge on those who were loyal to the Ghani government and issued a message telling the people of Kabul not to panic or fear their fighters. However, this is hardly a confidence-inducing statement for thousands of people fleeing Afghanistan to Iran, Tajikistan and Turkey. Some, including the ministers, are looking up to India for shelter. In a nutshell, it is hard to believe the Taliban – looking back at their past deeds.

The iGP said India must think beyond monitoring the developments in Afghanistan and their myriad implications for the geo-political status quo in the region.

In the meanwhile, the iGP expressed that the Indian government’s failure in planning the evacuation of Indians from Afghanistan much earlier hints either towards grave intelligence failure or the present government’s misplaced priorities and apathy. The government must show empathy and compassion and not play religious politics because of the forthcoming elections and provide refuge/asylum to all those fleeing from the Taliban .

The party is also concerned about the emerging alliance of neighbouring countries to support the Taliban in Afghanistan. The iGP fears it will disturb the geo-political stability in the region.