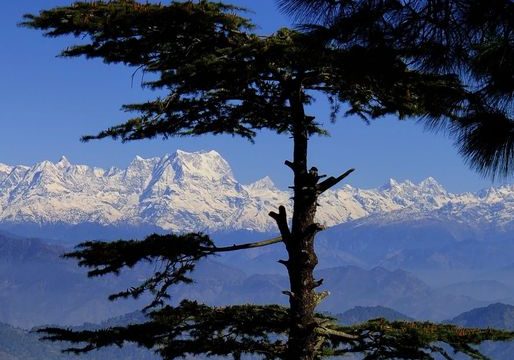 Unchir, Pauri-Garhwal, Uttarakhand, 11 December 2020: On the occasion of the International Mountain Day today, the India Greens Party (IGP) expressed its concern that the threat to the mountains due to climate change and overexploitation was resulting in an ecological catastrophe.

In a press statement issued on the occasion, the IGP President Suresh Nautiyal said it is a matter of concern that most of the governments are not concerned about doing anything substantial to save and conserve biodiversity of the mountains despite the fact that they are home to 15% of the world’s population and host about half of the world’s biodiversity hotspots, and provide freshwater for everyday life to half of humanity. Of the 20 plant species that supply 80% of the world’s food, six originated and have been diversified in mountains: maize, potatoes, barley, sorghum, tomatoes, and apples, he said, adding that more than half of humanity relies on mountain freshwater for everyday life.

Mr Nautiyal said the mountain biodiversity is the theme of this year’s International Mountain Day, so let’s celebrate the rich biodiversity of the mountains, as well as address the threats they face.

The IGP President reminded that conservation of the mountains was a key factor for sustainable development and was part of Goal 15 of the SDGs.

“It is very sad that the mountains are under threat from climate change and overexploitation. As the global climate continues to warm, mountain people, some of the world’s poorest, are going through hard struggles to survive,” Mr Nautiyal pointed out.

The rising temperatures also mean that mountain glaciers are melting at unprecedented rates, affecting freshwater supplies downstream for millions of people. “This problem affects us all. Therefore, we must reduce our carbon footprint and take care of these natural treasures,” said Mr Nautiyal.

The increasing attention to the importance of mountains had led the UN to declare the UN International Year of Mountains in 2002 and the first International Mountain Day was celebrated in 2003.

Mountains loom large in some of the world’s most spectacular landscapes. Their unique topography, compressed climatic zones and isolation have created the conditions for a wide spectrum of life forms.

Biodiversity encompasses the variety of ecosystems, species and genetic resources, and mountains have many endemic varieties. The differentiated topography in terms of altitude, slope and exposure in mountains offers opportunities to grow a variety of high-value crops, horticulture, livestock and forest species.

In addition, land use and land cover change, and natural disasters, accelerate biodiversity loss and contribute to creating a fragile environment for mountain communities. Ecosystem degradation, loss of livelihoods and migration in mountains can lead to the abandonment of cultural practices and ancient traditions that have sustained biodiversity for generations.

“We need to recognise the sustainable management of mountain biodiversity as a global priority,” the IGP President added.