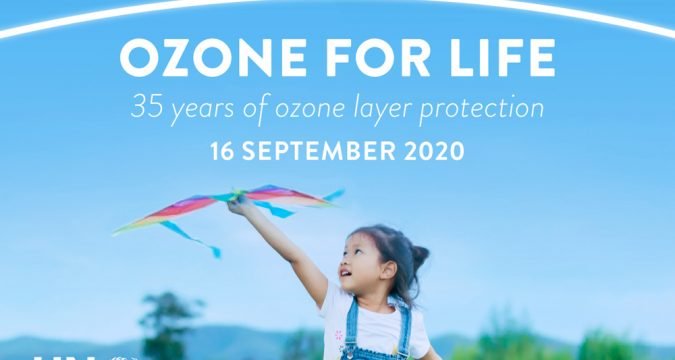 Onchar, Pauri-Garhwal, UK, 16 September 2020: The India Greens Party (IGP) has said that the global efforts to protect the ozone layer needed to be accelerated.

The ozone layer, a fragile shield of gas, protects Earth from the harmful portion of the rays of the Sun, thus helping preserve life on the planet.

The IGP President said the theme for 2020 — Ozone for life: 35 years of ozone layer protection — marks 35 years of the Vienna Convention for the protection of the ozone layer. This convention and its Montreal Protocol united the world to cut out the gases creating a hole in the planet’s ozone layer, critical in shielding us against deadly UV radiation. This model of international cooperation has put the ozone layer on the road to recovery, protecting human and ecosystem health.

In 1985, the world governments adopted the Vienna Convention for the Protection of the Ozone Layer. Under the Convention’s Montreal Protocol, governments, scientists and industry worked together to cut out 99 percent of all ozone-depleting substances. Thanks to the Montreal Protocol, the ozone layer is healing and expected to return to pre-1980 values by mid-century. In support of the Protocol, the Kigali Amendment, which came into force in 2019, will work towards reducing hydrofluorocarbon (HFCs), greenhouse gases with powerful climate-warming potential and damaging to the environment.

On 16 September 2009, the Vienna Convention and the Montreal Protocol became the first treaties in the history of the United Nations to achieve universal ratification. And, the Parties to the Montreal Protocol on Substances that Deplete the Ozone Layer reached agreement at their 28th Meeting of the Parties on 15 October 2016 in Kigali, Rwanda to phase-down hydrofluorocarbons (HFCs).

The phaseout of controlled uses of ozone depleting substances and the related reductions have not only helped protect the ozone layer for this and future generations, but have also contributed significantly to global efforts to address climate change.

Mr Nautiyal said collective decisions and action, guided by science, are the only way to solve major global crises.

The Green leader pointed out that this unity of purpose was urgently needed as we seek to address nature loss, climate change and pollution.